The underlying reasons why you'll need to modify your interviews in some countries.

There are many ways to understand cultural differences, but for the purpose of conducting customer interviews, two are especially important:

Power distance: In hierarchal cultures, subordinates defer to the boss, usually waiting for him or her speak first. In egalitarian cultures, all viewpoints are considered equally valuable, and subordinates will speak up without waiting for the boss.

Individualism: In collective cultures, members prize harmony… so it’s rare that they will publicly disagree with another (causing them to “lose face.”) In individualistic cultures, members will openly share their views, even if it means contradicting another person. 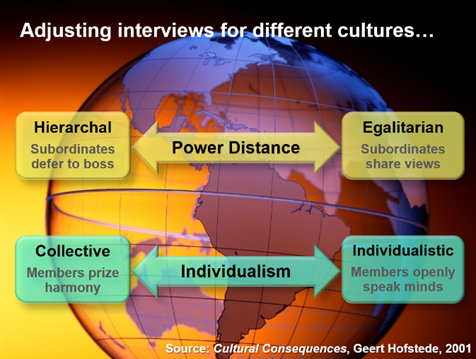 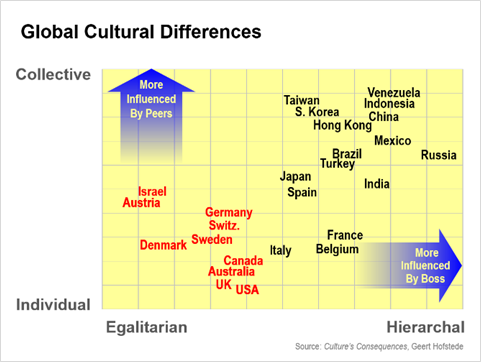 Rather than try to remember the position of each country consider these generalizations: